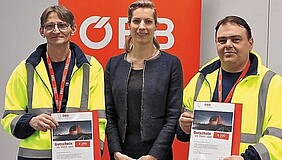 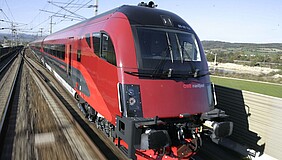 
Within a few weeks, two employees of a cleaning team made spectacular finds in ÖBB's railjets. A tourist left her purse in the express train, another lady forgot her travel bag with precious jewelry. The honest cleaning crew has now been awarded.

When the two passengers noticed the loss of their valuables, it was already too late. The trains were parked for cleaning each on sidings. And that's exactly where Branislav Grujic and Slavisa Stojanovic worked - fortunately for the forgetful ladies.

In the first case, Grujic found an envelope with 4000 Euro cash. Normally, found items are returned to Lost & Found, but he played it safe and informed the management. Only a few weeks later Stojanovic repeated the golden-right procedure when he discovered a travel bag with expensive jewelry. Both finds could later be returned to their owners.

The two men are employed by the company REIWAG, which takes care of the cleanliness on board on behalf of ÖBB. Their boss Viktor Wagner: "We are very proud of our people!" And ÖBB board member Valerie Hackl is also enthusiastic: "Safety and service for our passengers are always in the foreground - thanks to the two employees who have done exemplary work."