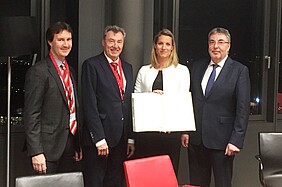 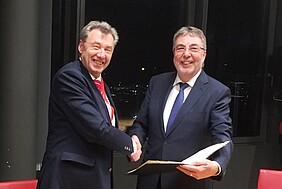 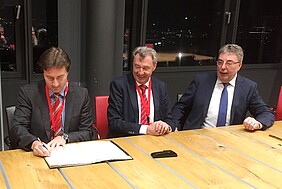 The successful cooperation between ÖBB and service REIWAG RAIL is continued.

On November 7th, 2016 the prolongation of the 10-year-service contract for the cleaning of wagons and engines of ÖBB was ceremonially signed.

Since contract beginning in 2007 an essential increase of the cleaning quality could be reached what is also to be ascertained in the continuous customer surveys impressively.

The board of directors of the ÖBB thanked the REIWAG management for the successful partnership and the positive development of the company which REIWAG has taken over in 2007 from the ÖBB.